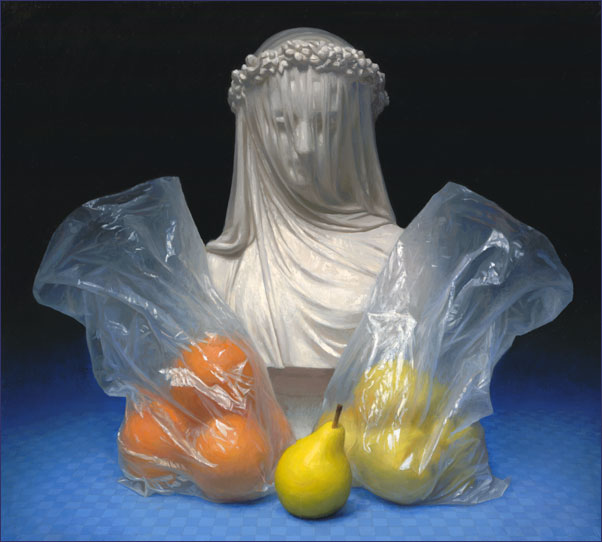 To some extent this is simply an old-fashioned exercise in chiaroscuro, understood not simply as 'light-and-shade' but as it sometimes used to be translated; 'clair-obscure'. Light itself is here understood as an agent of clarity, but in its encounter with air and matter it is deflected, scattered and obstructed in such complex ways that its revelation is always only partial and teasing.

With the painted objects frontally lit, the transition from clarity to obscurity within this picture is also a journey from surface into depth, drawing us from the superficially self-evident towards unfathomable darkness. The bags are painted quite texturally with crisply impasted lights and something like a physical approximation of the thin plastic. What's in the bags is barely indicated, but because the surface of the bag and the effect of light transmitted through it is so truthful, I think the viewer will tend to accept it as a convincing token of the riches contained within.

I believe the original marble bust is called 'Veiled Lady', circa 1860, by Raffaelle Monti (mine is a plaster copy). Sculptures of this sort have long been popular because they display such virtuosity in their surface effects. These effects are deployed in a complex, almost painterly way, using the play of light and shade over the form to create an illusion of translucency and of a surface beneath the surface. The veiled figure thus reinforces my reflection on painterly virtuosity and the play of surface against depth within the painting, a 'doubling' which emphasises that this play is not an accidental feature of the picture but its principal theme. Placed centrally and facing the viewer, she is also a sort of mirror-image of the beholder, a reminder that for us perception is inevitably clouded, that our struggle to separate appearance from reality is never complete.

When painting a picture like this I usually place the canvas close to the objects to be depicted, my aim being to transcribe as faithfully as possible the dynamic of light and colour in the original. Although in pursuing this dynamic I am pushed to utilise the entire tonal range from white to black and the entire chromatic range from neutral greys to the most intensely saturated colours, these extremes within the picture remain bound together and controlled by their interrelationships; by the optical coherence of these relationships. The result, while strikingly forceful and vibrant, yet remains naturalistic and harmonious. 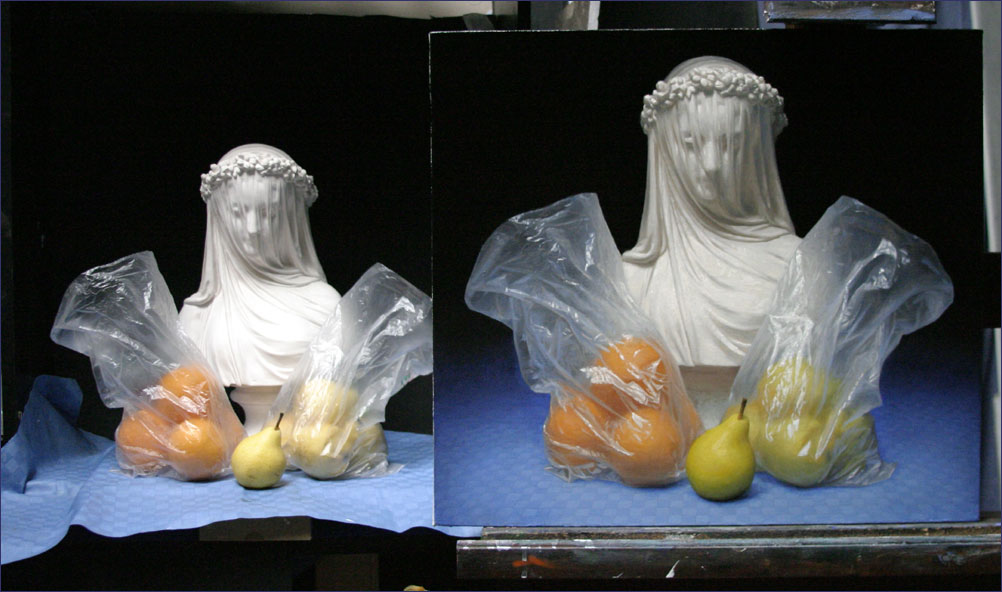 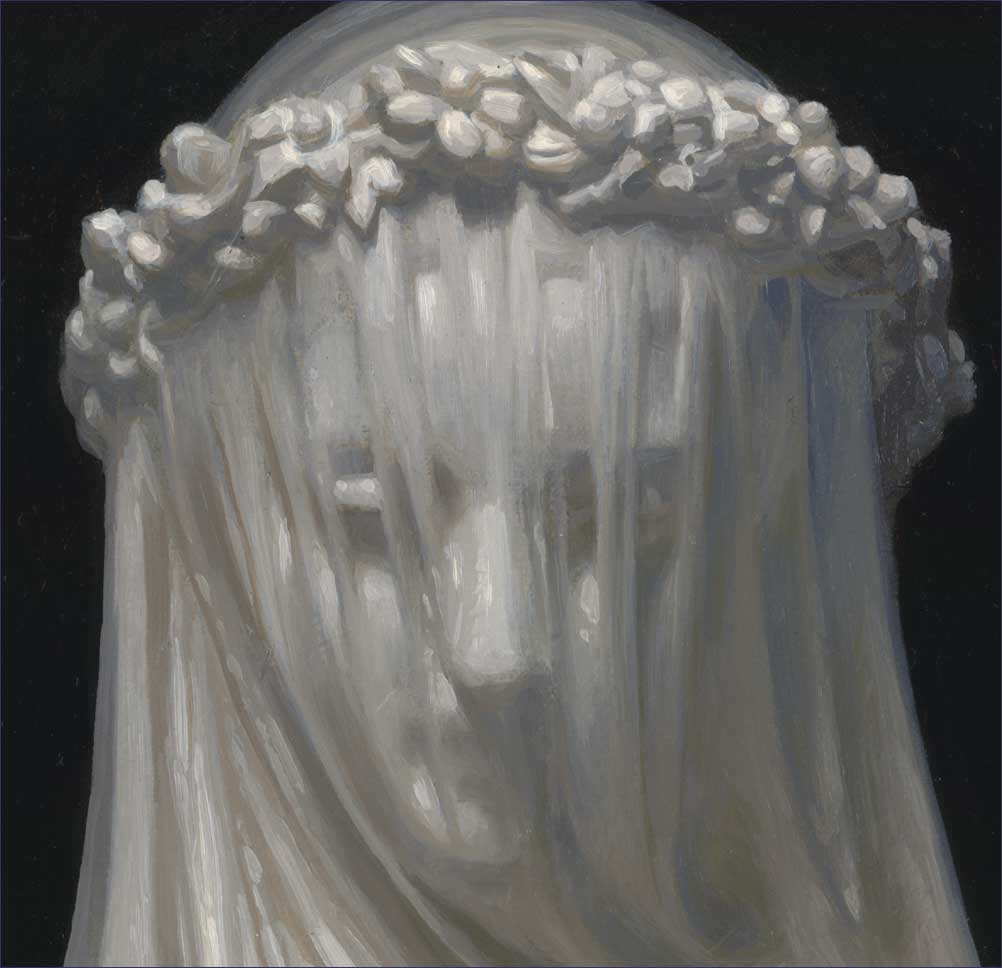