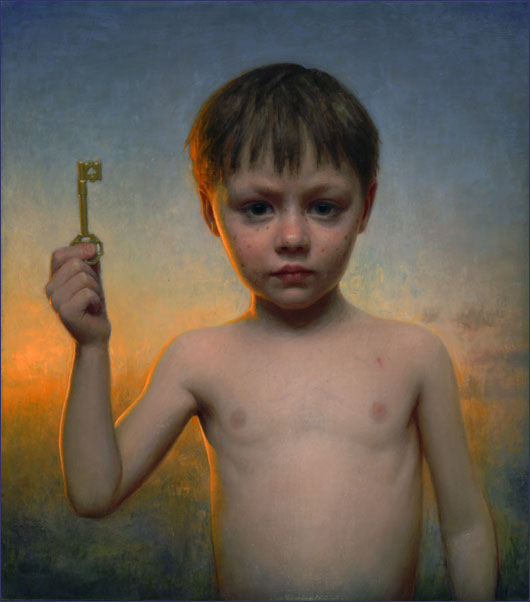 My son Daniel was diagnosed with leukemia when he was four, and we had two desperate years where we battled to save his life. When we finally got him home after his bone marrow transplant, I started this painting, which I had for so long wanted to paint.

He was still very sick and we were unsure if he'd make it through. As it happened, he recovered fully, and the painting (done from life over the following year) evolved as he returned to health. For me, however, the meaning of the painting is still tied up with the alternative outcome. It's both a celebration of his release from medical confinement, and the picture I would have wanted to have if we'd lost him.

I wanted to bring him right up to the picture plane to make the illusion of life, of access, as strong as possible. The key dramatizes the issue of access, with a keyhole in the frame to complete the illusion. Later, I was able to give a copy of the picture to the Childrens' Hospital, and it now hangs at the entrance of the bone marrow ward. Those who enter will probably note the scar on his chest that marks where the Hickman line entered, and understand that this child is like those inside, but an escapee. Maybe it will give them hope.

At a public level, at the level of someone ignorant of the back-story, it’s still about access. A boy at the threshold of two worlds, with the promise of access, with a key. That’s what I try to offer in all my paintings. 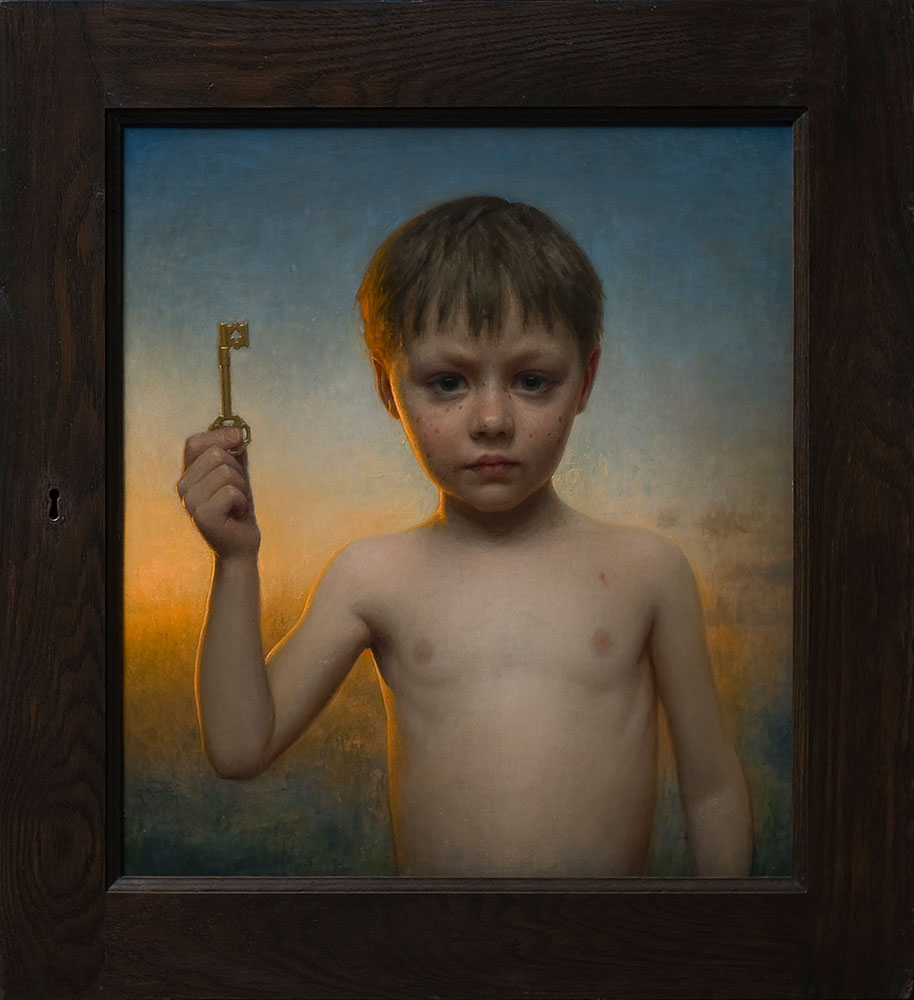