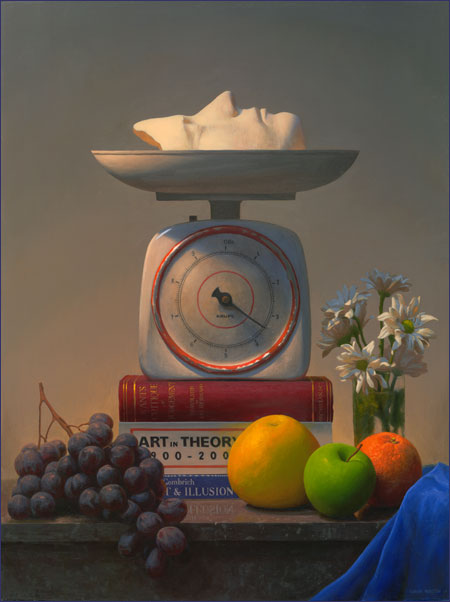 This painting is an allegory of aesthetic judgement. Modern notions of aesthetic judgement are derived from Immanuel Kant, whose 'Critique of Judgement" is one of the books in the painting. The basic idea is that Art affords us an extremely pure pleasure, unmixed by any self-interest, because Art is useless. Now this idea is total crap. Art is extremely useful. Those who make a big deal about it demonstrate their refinement, their class and (if they have it) their wealth for all to see. It has huge social and cultural utility. But all these vested interests hide behind the common lie that, in matters of Art, good judgement is disinterested.

In this painting I've tried to make an image that articulates some of my feelings about the subject. The old Krups weighing scales performs two functions in the painting. With a cast of a human face atop, it becomes a metaphor for the coldly calculating brain behind the face (backed up by books of art theory, history and criticism) weighing, measuring, judging 'disinterestedly'. The face is turned resolutely away from the earth and the fruity pleasures at the base, contemplating 'higher' things. But the face on the scales also invokes the symbolism of the Last Judgement and Weighing of Souls. So maybe the aesthetic judge is also up for judgement. These echoes of Christian iconography also help to amplify the religious feel of the picture, making it akin to a sacrificial alter or shrine. 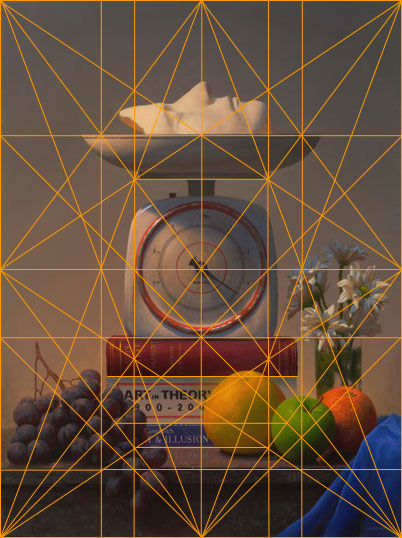 The fruit at the base are a sort of natural, earthy counterpoint to the strange, artificial construction above. Painted with the brightest, purest colours and most alluring textures I can muster, I want the whole picture to appeal to your sense of touch, to your appetites, to your fascination with illusions, to your covetousness, to every pleasure which is physical, earthy and NOT disinterested.

Overall, I hope the painting maintains a sort of equilibrium between the elements. Although I intend my paintings to honour Nature and appeal frankly to the senses, to pleasure and passion, in my demand for rigorous formal order and intellectual content, I know I'm also inside this painting's coolly calculating intellect. 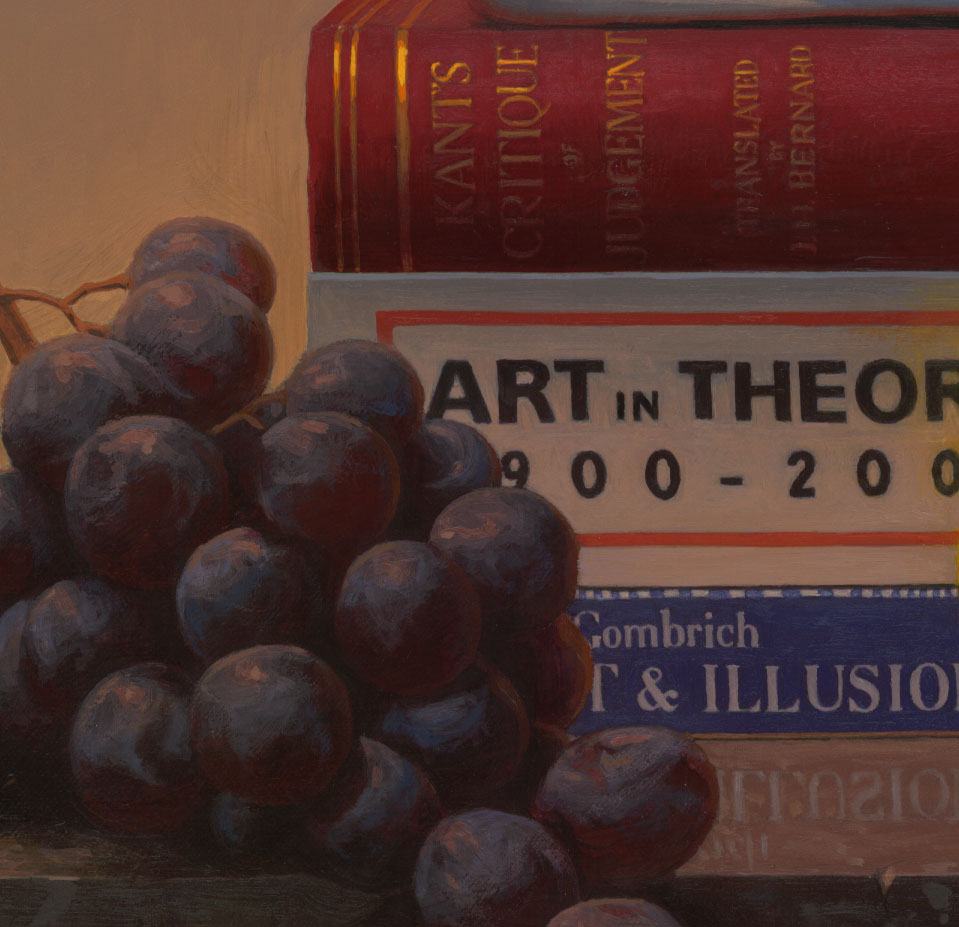 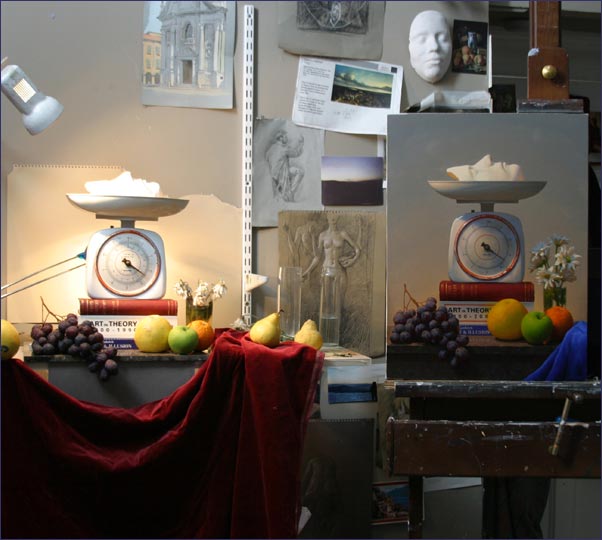