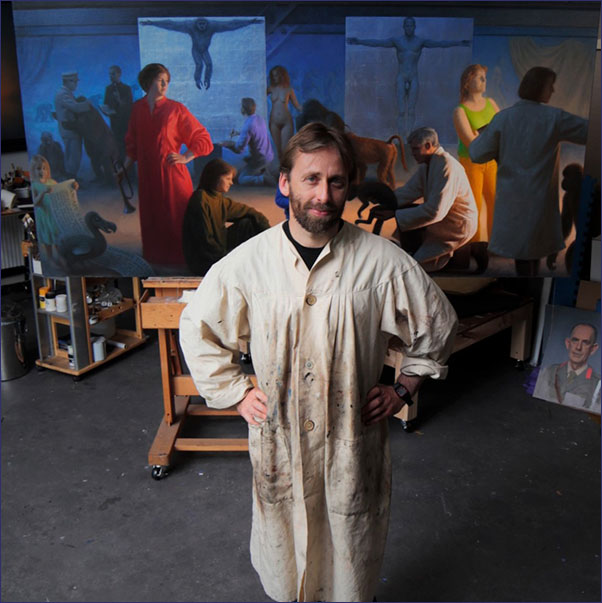 Conor Walton is a leading Irish artist and a painter of international renown.

He was born in Ireland in 1970 and trained at NCAD in Dublin and under Charles Cecil in Florence, Italy. He holds a Masters Degree in Art History and Theory (awarded with Distinction) from the University of Essex. He has lectured at the National Gallery of Ireland, University College Dublin, the Royal Hibernian Academy, Laguna College of Art and Design, the New Museum, Los Gatos, and been Artist in Residence at California Lutheran University. He has attended The Representational Art Conference (TRAC) both as demonstration artist and guest speaker. Since its foundation in 2017 the ‘Conor Walton Summer School’ and its scholarship programme have drawn students from four continents.

His works have appeared on postage stamps and book covers in Ireland and abroad.

He lives and works in Wicklow, Ireland.

"I see myself as a figurative painter in the European tradition, attempting to maintain my craft at the highest level, using paint to explore issues of truth, meaning and value. All my paintings are attempted answers to the three questions in the title of Gauguin’s famous painting: ‘Where do we come from? What are we? Where are we going?’"
- Conor Walton

"Conor Walton is making important paintings. These are my kind of masterpieces."

- Donald Kuspit (Distinguished Professor Emeritus of Art History and Philosophy at the State University of New York at Stony Brook, A. D. White Professor at Large at
Cornell University 1991-97, Senior Critic at the New York Academy of Art)

“These paintings are exquisite, not simply for their masterful technique but for their intriguing and provocative content as well. This is the art that is destined to shift the paradigm for artistic canon in the 21st century. It takes more than virtuous craftsmanship, it takes well informed innovative ideas to make great artworks. Conor is just the type of innovative thinker we need to take fine art where it must to go for the future. His artwork is insightful, philosophically astute, beautifully rendered and culturally relevant in the contemporary era. Conor's paintings are politically conscious without falling into the pitfalls of propaganda or sanctimony. Finally, a talented representational painter who actually comprehends 20th century art history, knows how to deploy it without glib appropriations and who can create work that is neither cliché nor derivative. Salute to Conor Walton, a painter for the ages!”
- Joseph Bravo (art-historian, critic, curator, Director of the Centro de Artes, Texas A&M University, San Antonio, USA).

"Concentration of thought, paralleled by dedication to skill in composition and the application of paint, was central to the development of Conor Walton's output during these years ... and led to his outstanding, and outstandingly successful, solo exhibition in March 1999 in Dublin. I spoke about him on that occasion, warmly commending the intensity of his vision, the intellectual authority of his conception, and the richness of his output. He is loaded with promise, burdened with an excess of what, in the seventeenth century, was a term of admiration - conceit."
- Bruce Arnold (writer, critic and art-historian)

"Walton, who studied in Florence and enjoys an international reputation, is steeped in the classical tradition, has perfected the grand style but he is also a thoroughly modern artist; the work is informed by a contemporary intellectual sensibility."
- Niall MacMonagle (critic, Sunday Independent)

"Dublin-born Conor Walton is a prodigious talent ... His extraordinary draughtsmanship and master of chiaroscuro, allied to his affinity for colour and composition undoubtedly makes him one of Europe's top contemporary artists."
- New Museum Los Gatos, USA

"It would be a mistake simply to view Conor Walton as an artist with exceptional skills who makes fine pictures. Conor is a person of strong opinions, someone with a lot to say, and he uses his art practice to capture, critique and present contemporary social issues to the public. Nevertheless, even if his pictures obviously refer to contemporary events, he remains determined that they are not reducible to mere propaganda. He wants his work not only to be accessible to a wide audience, but also to challenge viewers as to whether their own opinions are being endorsed or mocked. He describes this ambiguity as 'dancing along cultural faultlines'. As it happens, I believe that the kind of realist paintings that Conor paints are perfect vehicles for this sort of ambiguity."
- Robert Ballagh, leading Irish artist and designer, guest speaker at the opening of Conor Walton: 'Asymmetrical Warfare', Luan Gallery, August 17th 2019. 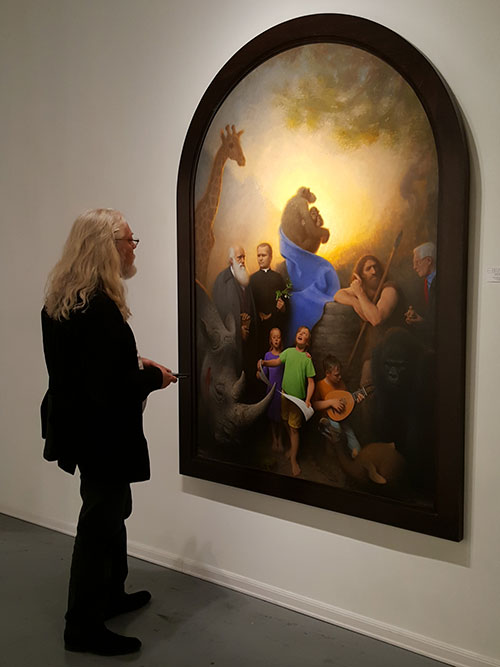 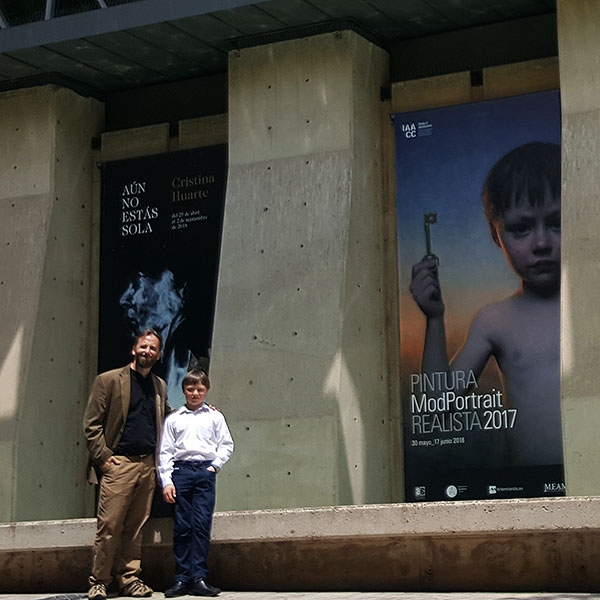 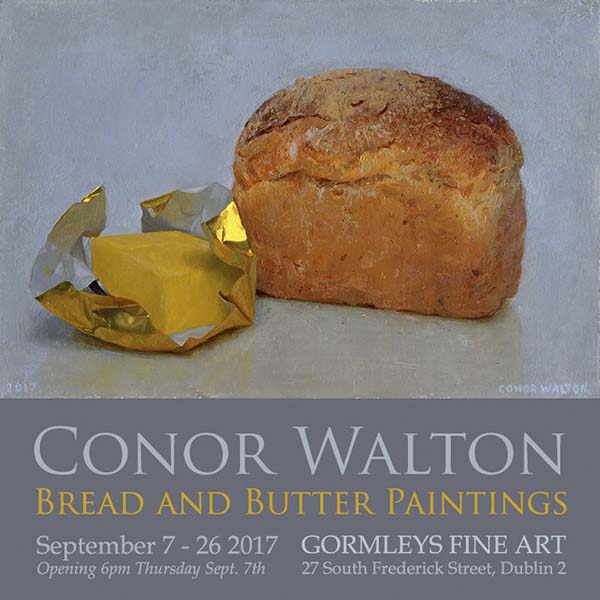 Conor’s commissioned portraits can be found in many public and private collections, and his work has featured on book covers and postage stamps in Ireland and abroad. 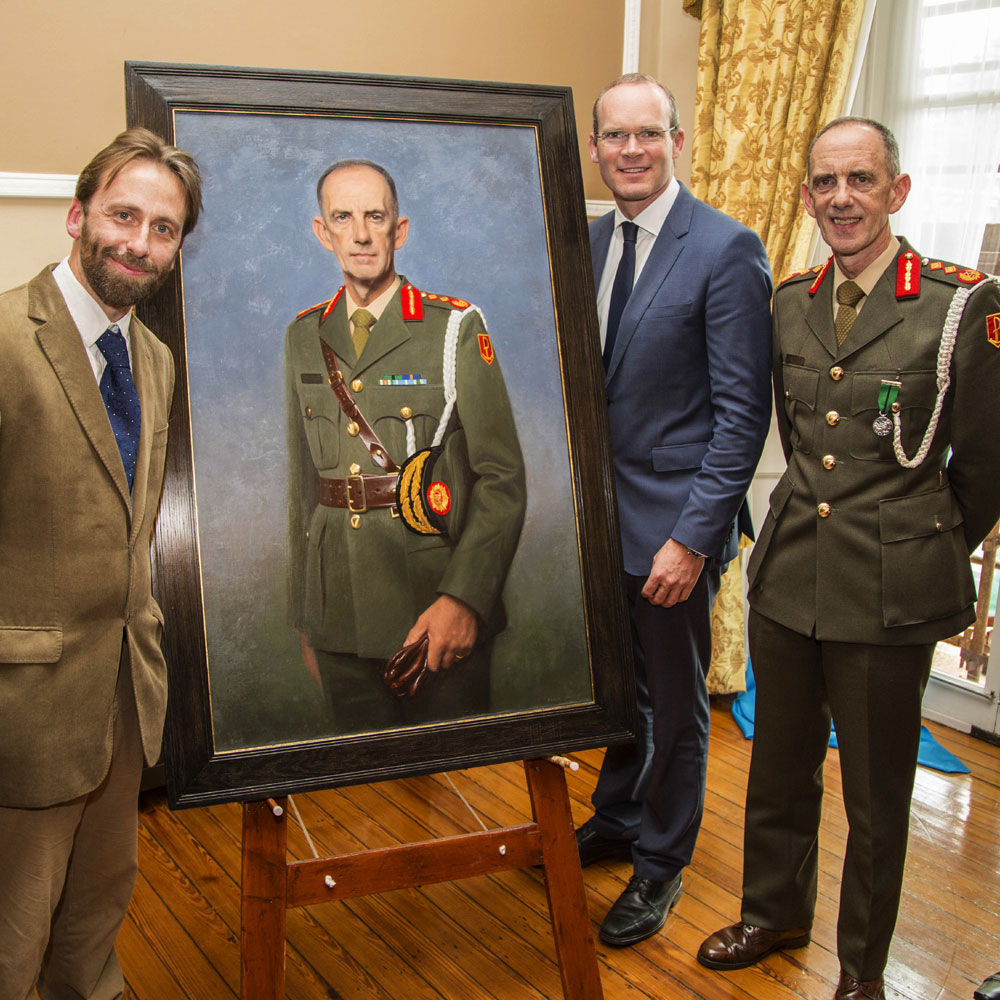 'Access to Incandescence', Interview with Andres Orlowski, Combustus Magazine, 23 May 2014.

"This is a great time to be a cultural pessimist"
Interview with Conor Walton, Penduline Press,
15 June 2013.

Barry Egan, ‘I’d rather be up a mountain than in the museums’,
Sunday Independent, 8 March 2009

Sherna Noah, 'A Monkey Does the Business in Prized Portrait Gallery', Sunday Independent, 1 May 2005 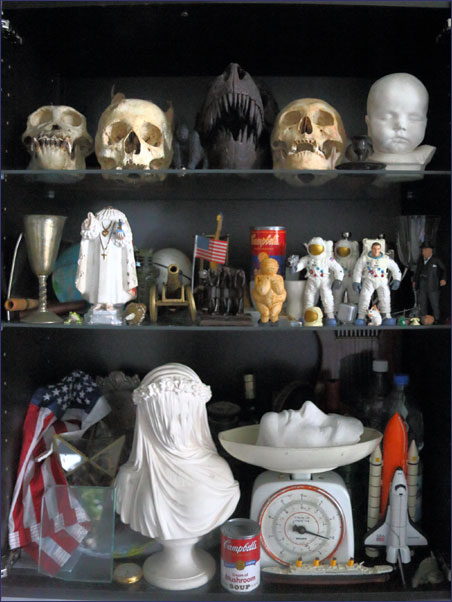